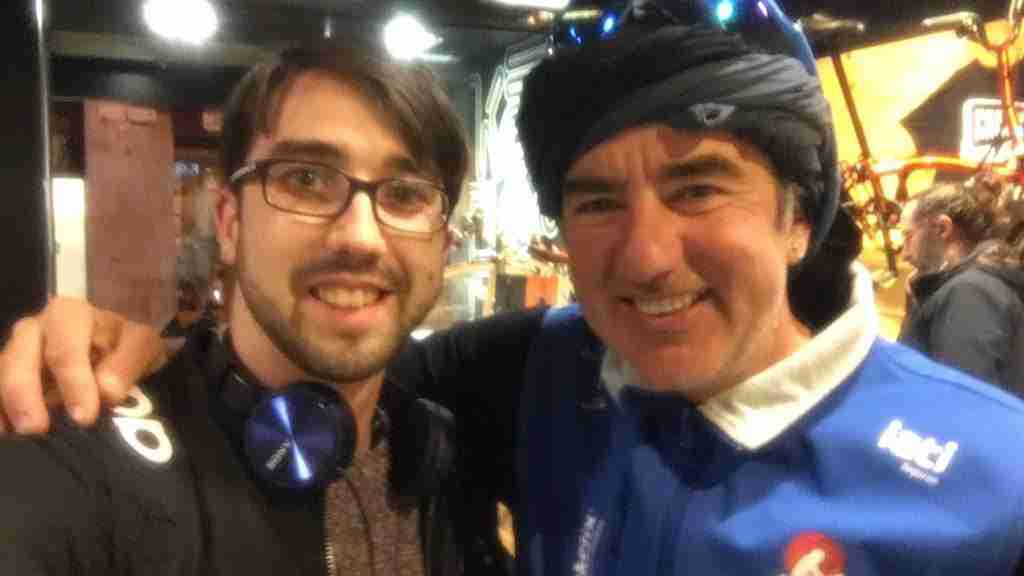 Eleventh interview (III) for the project YoungHumansOfScience where I try to interview people related to this field and understand in order to close the gap between society and science.

I lost interest in science around high school the lectures of the teachers were bland and ended up making me lose interest in the field. At the same time, every afternoon I watched new about politics and debates and since I saw that they were intersting I decided to go into political sciences.

I have a lot of trouble getting started with things. I may be interested in something but then I leave it for later and never end up doing it. r start it and then leave it once I see that it is hard.

I think that I should improve on my perseverance, for now, I can only do it for those things I really love, but I fear that I will have to do things I don’t like during my life and I have to work on it.

I saw that telling others what I am going to do will help me do it. L it forces you to actually do what you tell them. For example, the other day I really didn’t want to go running but I knew I should so I told a few people and just with that they tell you that you should do it and in the you actually go for it.

”Its not about deciding, but rather to find the strength to do it.”

Adam: How did you come across his channel?

After high school I went to Germany for one year. In my last year of high school I almost failed three subjects and I was unsure about whether I would be able to pass the test and this made me doubt it and kept me thinking a lot at the time.

In the I did do it and I sent the documents needed to start a bachelor in political sciences, but there was a problem with one of the documents I sent instead of telling us they just waited until the time to enter university and that is when I noticed that I couldn’t start .

At that moment I started to see that I may have to spend a gap year without anything, but then I remembered that my aunt lived in Germany and since I couldn’t enter any university I decided to ask my aunt whether I could go there and since she agreed I decided to spend a year abroad learning a language.

Adam: How was the experience of going there?

It was really gratifying. It helped me get rid of any preconceptions I had, I had a chance to have classmates from all around the world, getting to know them and understand different points of views, the thing that I liked the most was the chance to hear their stories and what they lived. It was also a chance to live abroad, and the first time I was living far from my parents.

That year was the one where I felt the best, it was my best year. I had the chance to meet a lot of people in the German lectures or when playing football,  and I could see how my German improved going from not being able to say hello to being fluent. I would like to repeat this kind of experience some other time.

Maybe my reason for wanting to try to travel came because I enjoyed myself there, it was a point of inflection and the spark for my desire to travel. After this I had a desire to travel and I kept searching for documentaries, reading stories and such.

Now on my second year of I found a blog that actually spoke and that blog showed me that I can actually do it and how to do it. It made me realize that I could actually follow his path and travel around the world.

How was it when you met Bicyclown?

I didn’t ask him any specific question. I just met him and told him that I liked his work and how it actually inspired me a lot and how following it I made a trip to with a friend. It was fun meeting him in person but it wasn’t that special, it was just like meeting somebody else.

”But it did give me a feeling of wanting to work hard and that I would enjoy traveling way more.”

The trip to France

In the end of January most of the other people of college where going to travel and I proposed doing something to my friend to which he answered lets go to France, there is a island that has a lot of sculptures and it could quite fun and we decided to go.  We wanted to travel, but we didn’t know where and so that same day, searched for the cheapest option and go with it, we took off without booking a hotel or knowing where we would sleep each day.

It was Sunday and we wanted to leave on Wednesday but then we saw that it would be way cheaper to go the next day and so we left that same Monday. Whenever they asked us what we were going to do and we told them that we are leaving that same night they reacted in pretty funny ways.

This summer we also took a boat and we went with it from Ibiza to Formentera and as we travelled we slept on the different beaches where we stopped as we travelled from one place to the other.

What would you say was the most important thing you learned from going to germany?

To be open to new people and new experiences. When I went there, I spent the first month locked in the apartment feeling lonely and wanting to meet my friends back home, but one day I decided to open up because I couldn’t continue like this. And so for the next 9 months it was incredible. I went out with my out, took out the dog, went out with friends I met there and all this has given me the skill to be more adaptable to changing and going from one place to another.

Click here to read the rest of the interview