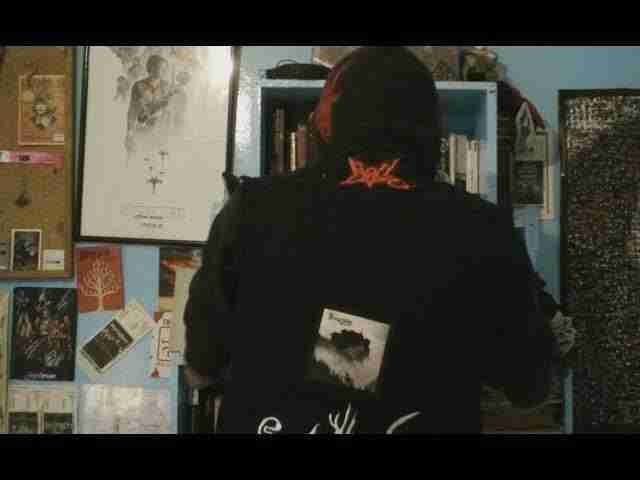 Thirteenth interview (II) for the project YoungHumansOfScience where I try to interview people related to this field and understand in order to close the gap between society and science.

This second part adds more not only of the point of view of the interviewee but also of the doubts and struggles that come with keeping a project in the long term.

Adam:What attracted you to anthropology?

There are a lot of analysis, and I like to know what is behind things. Anthropology is broad, you need a specialization if you want to understand something well. For example, sociologists have a background on anthropology and sociology is the specialization.

This is because anthropology is the study of humans and that integrates it all.

Adam:What awoke the interest in it?

It was most likely because when I was young there was a boom in archaeology themed books, movies, such as Indiana Jones as well as a boom in Egyptology. This was around the 90’s and 2000, I grew during a time when even games were influenced by it and this might be a big factor.

There was a game my mother used to play when I was small, Luxor, and I loved the music in that game. You had to get rid of balls of different colours and the design was based on a pyramid where the balls moved all over the screen. There was also another game, Metal Slug, where you had missions in the desert with an oriental touch pyramids and the music.

At our school we had a teacher that showed us some drawings, they were showing an old street and how it changed over time, how it was in old times, during the medieval times, the renaissance and how it looked now, I enjoyed seeing how that street changed so much with time it awoke my imagination and I loved that feeling.

But what awoke my curiosity more were the stories I heard at home. In Morocco we a lot of myths with what are called Ghbir, a kind of ogre and my mother and grandma always told me stories with them.

They improvised stories where they had the same characters a Ghoul (monster or ogre in Arabic), a boy or a girl and a forest, and those stories always trying to teach you something.

As I grew I wanted to know more about them.

Where were these stories coming from?

As I started researching I noticed that these stories were all over the world. Before humans were nothing close to what they are now, they were one of the weakest links in the chain, we were prey and each day was a fight for survival.

Those stories we have all over the world were born as a way to transfer knowledge, because, how could you tell your daughter that she couldn’t go to the forest because it’s dangerous? And the answer they came up with were stories as well as games such as hide and seek.

Hide and seek is a way to teach the children how to hide and protect themselves of the dangers around them.

By using a game to teach it they could get rid of the fear and make it more enjoyable and easy to learn. This way whenever they were running to hide they could take it as the game they practiced and move aptly.

If you think about it, most of the games are actually quite morbid, they are way to teach us about danger and death, but as time went on we forgot what was behind them, and now they are just games.

Adam:With anthropology we can rediscover that which has been lost.

My interest for it came was born as a mix of two things. As I grew I felt a sense of emptiness, I was lacking something, something wasn’t okay. And I found that it was exactly that, not understanding where things come from or why we do them.

What I needed was to understand the human being.

Why are there things we consider important? Why do we get close to people similar to us? Why do cultures exist? Why are traditions important?

As you study anthropology you get a sense of nostalgia, you notice that there are things we have lost and that if we still had them we would be in a better place. But when I think about it, I wouldn’t want to live in a time where I had to be careful with each step I took.

Adam: Was there any story that surprised you?

Before starting with that we have to be clear on one thing. There is no way to be 100% sure of the real meaning of a story. There are vacuums in history where many traditions were lost and trying to recreate that knowledge is hard. You have to try to get to the original meaning and to do it you look at your culture and cultures close to it where they kept their traditions, and even then there is no way to be sure because may things were transmitted orally and that keeps no records.

So what I am about to tell you is quite likely true but there is no 100% assurance of it, and that is one of the problems with humanities.

The story changes a little from one culture to another, but it is always a little girl that goes to a forest, gets eaten and is then saved.

The base of this story is reincarnation. All cultures of olden times, before of Europe and Africa (around 2000 years ago), believed in reincarnation. Everything was on this earth, there was no Heaven nor Hell.

When you die your acts are weighted based on how honorable you were, and this determines how likely it is for you to reincarnate as a descendant of your family.

The girl being eaten by the wolf represents death, and when she is saved she reincarnates as a new individual. The grandma is the conscience, she is the wisdom. In these stories the elderly are a personification of knowledge, experience and they are the ones in charge of transfering knowledge.

The wolf eats the and red riding hood and with they die, but as the lumberjack saves her, the grandma is reborn as red ridinghood.

In many European are considered soulless until seven years old. That is also why happens, it is a festivity where they try to get closer to death and ghosts.

The kids used alloween as an initiation. Before the tombs were left open, and the dead were inhumed with their belongings and the kids have to inherit those objects by entering the tomb and with the dead reincarnate and the child obtains a soul.

It is because of this depth and the joy of understanding it, that I chose this path.

I recently started a new job and my current challenge is to use the time I have outside of work to be productive. I want to be able to enjoy that time more because only then can I make the most of the week. But apart from that I am doing quite well.

Adam: How would you relate your decisions and path to your current struggle?

Sometimes I get frustrated when I am making a video for my channel. If I have a deadline in mind and I see that I havent finished it, that I don’t have time, this frustrates me and the passion becomes something negative. But I don’t want my passion for music to become a burden and doing videos is becoming a burden, and maybe that is one of the reasons why I am stopping.

Adam: How was it to build Artwood Shrine?

At first I didn’t know anything, I had no idea about how to edit a video or how to go about doing interviews and I had to figure everything out as I went. And now there are a lot of new channels that try to share metal in morocco.

With the channel I wanted to touch the genera I liked and now I have done about 80% of them, so when I finish the last 20% I will close the channel and leave it as a sort of library for the future.

Adam:How did you decide to close it? I am seeing the limitations of the interviews and how if I want to do a good job it is going to take a long longe time, yet at them same time I don’t want to let it go.

One year is a short time. At that point you still have a lot of ideas.

Adam:That’s exactly why, in one year I will be where you are now and I  might have to face the same decisions, so what are your current ?

Well. When I was young I played a lot of video games and I loved music, but as time went on I enjoyed music more and more, until the point where now I bought a console in 2016 and yet I didn’t  use it. I follow what I want. Now 2 and half years later I have started to play more and I am not giving as much time to music, enough to be able to play.

I didn’t have trouble with these changes, so why would it be harder to stop the channel when I see that it is the end?

Adam: Which reasons made you stop?

I am stopping because I want to. I started this project for the project itself. If there was no Youtube I would just send the videos I made to my friends through email. To me it was just a way to share music, the channel was just a tool.

I spoke enough about music and that’s it, in seven months I will be done. I believe we are here to enjoy this life and I don’t wish to dedicate myself to this so much. I wont stop listening to music, music is part of me. I can stop other things but I know that I will always have music and this was one of those things.

Maybe some reasons I can think of are:

The videos were a way for me to speak with others about music, I didn’t know how to communicate with others and this gave me an excuse for it. People got to know me and they greeted me at events, but these were just results, not reasons to do it. Now I can communicate way better, I can speak with anybody and this might be one of the reasons for stopping but it isnt the main one.

I started with interviews. Two of the first ones I did were in Barcelona and Portugal. But as I went to more and more concerts even when I had the chance of doing interviews I didn’t feel the need for it. As this happened I started asking myself why it was happening.

One of the reasons is, I am young and I don’t think I can give the ones I interview much, maybe if I had more energy I could give them the feeling of youth.

But I can’t and I didn’t want to enter the world of just getting the interview without giving them anything in exchange. Once I noticed that I started speaking with them without the camera, just a conversation, just a chance to connect with someone.

Before I feared change. I was always within my comfort zone and I feared getting out of it. But now I embrace change.