In the last years fasting has been getting quite a bit of attention due to the many health benefits associated with it and  the fact that the number of proponents of this millenary practice are growing by the day only helps to heighten its popularity. In this article I would like to explain what happens in your body when you fast so that we can understand the rationale behind the benefits of this practice.

So to start I believe we should begin with a definition of the term fasting , I know many of you already know what fasting is and are more interested in the second part about what happens when you fast, but I still believe we should start by defining it so that we are all on the same page.

We define fasting as the voluntary lack of ingestion of food, it is incredibly important to note that it is voluntary.

Since this means that unlike starvation fasting can be stopped at any point in time and forcing yourself to follow a fast when you don’t feel well or are experiencing any kind of light-headedness or malaise would not only be a pretty bad ide, but also go against the concept of fasting.

Now that we have a common definition to work with the next is to speak of the different types of fasting and their characteristics since depending on the situation one type can be more practical for you than the other.

Most types of fasting allow noncaloric drinks such as water, tea or coffee, although there are also some types that prohibit any kind of beverage, the problem with the last type is that they are harder to follow due to the dehydration that comes with not drinking.

The only thing that fasts shouldn’d allow is any kind of drink with some kind of sugar, since this would be going against the point of fasting.

Drinking something with sugar would still induce an increase in insulin and as such leave us in the same situation as if we weren’t fasting. It would be close to doing a low calorie diet and as we have seen those usually make us feel sluggish and are harder to follow.

Among the ones that allow noncaloric drinks we can find, the water only fasts, which evade the problem of dehydration but could be a bad choice if the salt intake isn’t enough and the fast goes on for too long ( for shorter fasts this shouldn’t be a big problem).

Depending on fasting time

Roadmap to the fasting process 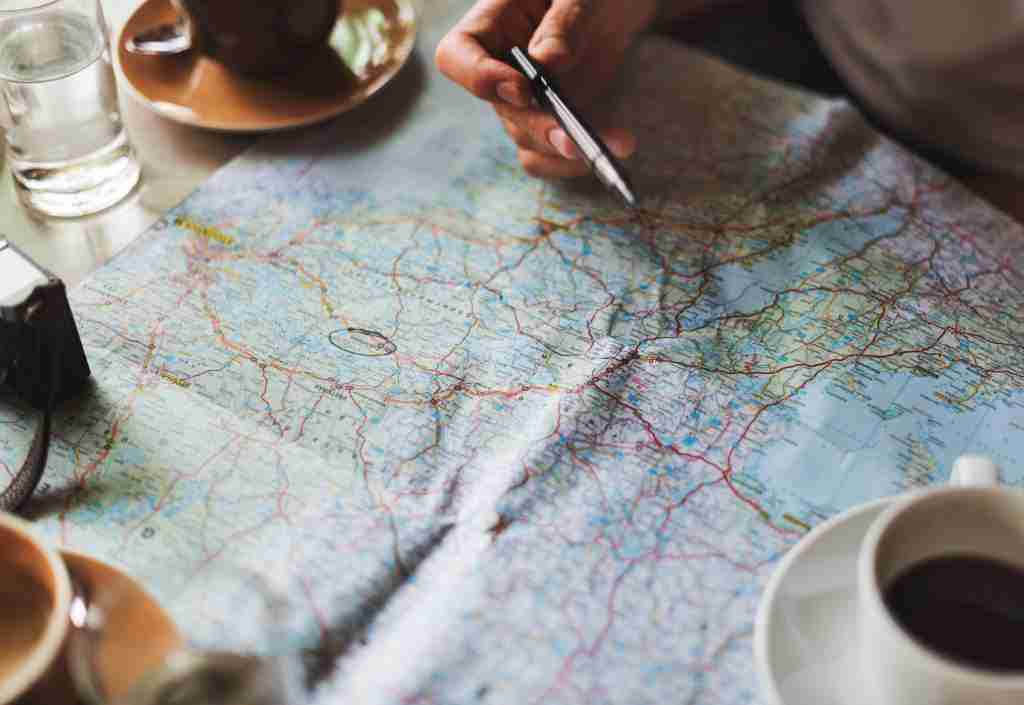 Photo by rawpixel on Unsplash

To explain it in a more practical way and make use of the way our brains are wired(read the article about learning), lest use an example.

Let’s say you just ate some kind food ( to make it simple for now we aren’t going into the details of how each kind of food affects you), the fact that you ate something makes it so that your body reacts by producing a compound, specifically a hormone called insulin and making its level rise.

The presence of insulin induces the incorporation of glucose in the cells, which will use this molecule to obtain energy by turning it into” simpler” molecules.

The process we just described happens in a time window from just after eating a meal to 6 hour after having eaten, and from  6 hours(of course not exactly 6 hours since the times specified are mostly obtained from averaging)  to 24 hours starts the so called post-absorptive stage.

Glycogen is a compound formed by joining glucose molecules, and it is the way in which our body stores glucose. Meaning that when we break this glycogen molecules we obtain molecules of glucose, which in turn induce the production of insulin and the presence of insulin produces the absorption of glucose by the cells which can use it as a source of energy.

The interesting part of this post-absorptive phase is the fact that it has a ”’short” effective time since the quantity of glycogen we can store is very limited, since the liver is mostly the only one in charge of producing it and it can’t store too much for different reasons, which makes it so that we can only use the glycogen stored for small amounts of time of up to 36h in some cases.

Welcome to the self-sufficient lifestyle

Photo by Ian Keefe on Unsplash

So, once we don’t have any glucose, how can we keep our body going if the main source of energy is this molecule?

But you can’t keep on going only on aminoacids, specially because of their enormous importance in as part of proteins and the role of those, so if you don’t want to die you inevitably have to switch to another source, and as many of you may have guessed the next source are fats.

As we explained we can’t keep all the excess energy in our meals as glycogen, and that means we have to store it as something else, which turns out to be fats.

The trigger to start using our fat storage is the decrease of insulin below a certain threshold. And this happens only when we have no more glycogen and we don’t have enough aminoacids to use without affecting our proteins.

The use of fats for energy usually goes from the second day after you start fasting to the end of the fast and after 5 days of fasting you stop using aminoacids as a source of energy in order to not affect the proteins in a negative way.

It is really important to take into account, that although fasting does use aminoacids, it doesn’t burn muscle at least not until all the fats stored are used up and so it shouldn’t be counterproductive for those of you trying to increase muscle mass.

All this lengthy article is trying to tell us is that fasting is a process by which we switch from burning glucose, to burning fats and most of the benefits of fasting come from this ”simple” change of fuel.