Nowadays diabetes is one of the epidemics with most affected people, with around 346 million people affected (data from 2012)1 around the world  and it is though that the high quantity of foods that present added sugars is one of the principal reasons for the spread of this disease. To understand how this fact promotes the spread of diabetes we have to start by understanding what is diabetes.

Diabetes is defined as a ”metabolic disease characterized by chronic hyperglycemia, resulting from defects in insulin secretion, insulin action or both”1,2 . This means that diabetes is a disease that is characterized by the increase in the levels of glucose in blood above normal levels and by the impossibility or difficulty for the body to deal with  these changes, mainly due to a lack in the secretion of a hormone called insulin, or due to problems in the action of this hormone.

In order to understand why this can cause a disease we have to start by knowing why high  levels of glucose in blood can be a problem. 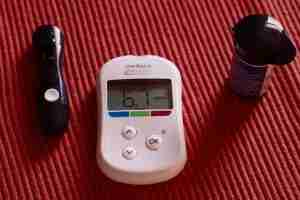 Photo by Kate on Unsplash

Glucose is a molecule of great importance for the body since this ”sugar” is one of the main sources of energy for us and it specially so, since about 30% of the energy we obtain is used by the brain in the form of glucose, fact that illustrates the need for this compound. Although the importance of glucose is apparent from what we have just mentioned, this doesn’t mean that having as much as possible of this molecule would be beneficial.

It has been shown that in critically ill patients hyperglycemia can induce organ damage in a wide range of organs among them the liver, pancreas and the brain due to mechanisms such as an increase mythoncondrial death(read more in the article about how excess glucose affects the cells) and not only does an increase in glucose affect in a negative way, it has also been shown that wide fluctuations of the concentration of this compound can also be negative, since it also increases the production of free radicals3.

How does insulin affect what we just described?

Insulin is a hormone secreted by a special type of cells named β-cells that are found in the pancreas and it is the hormone in charge of controlling the levels of glucose in blood(also known as glycemia)  by inducing the uptake of glucose by different kinds of cells and also participates in the regulation of carbohydrate, lipid and protein metabolism.

This means that this hormone is the one that is in charge of regulating the levels of glucose and as such is one of the main responsible in limiting any possible damage that excess glucose could cause.

This problems make it so that the levels of glucose can’t be regulated as they should and so produce spikes of glucose after a meal which in the case of diabetics have to be treated with injection of insulin to control the levels of glucose. This is done not only because an excess of this in the blood can cause unwanted effects, but also because the lack problems with the uptake of glucose affect in a negative way the function of cells by limiting the energetic intake of this molecule.

This article explained the what is diabetes, and some of the most important actors in this disease, glucose and insulin. In the next article related to this disease we will explain the history of insulin and the role of biotechnology in it, the different kinds of diabetes and their differences, and what are biosensors and their importance for this disease.