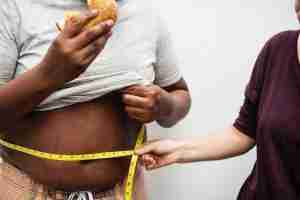 Photo by Luke Stackpoole on Unsplash

The importance of obesity nowadays

Obesity is considered by many as one of the 21st century’s epidemics and is characterized by an excessive accumulation of body fat relative to the height of the person.

This condition in also causes many kinds of physical problems such as bodily pain, lack of vitality and it has been linked in many cases to a reduction in the quality of life and is usually accompanied by different degrees of inflammation depending on the stage and can result in diseases, such as  diabetes Type II, cardiovascular diseases and hypertension, and cancer as well as a general increase of the risk of death1.

Another problems is the fact that obesity doesn’t have as much weight in all sectors of society, since it has been shown that  in many cases the percentage of obesity  grows along with the lack of education.

Meaning that those sectors with less recourses are more prone to develop this condition and suffer all the accompanying problems such as the physical ones we already mentioned, as well as many that affect the mental realm, such as a lack of self esteem or a feeling of underachievement.

All this facts and the quantity of recourses that we dedicate nowadays to fight this pathology illustrate its pivotal importance in our society, which is why we should start by explaining what we understand by obesity.

To start with we should understand the different ways in which we can determine whether someone is ” obese”. One of the most commonly used is the body mass index(BMI) , this method is based on identifying the obesity depending on the weight if the individual in Kg divided by the height in meters squared1. Those who exhibit an index between 25-29.9 Kg/m2  are considered as overweight and those above or equal to 30 kg/m2  are considered as obese.

Apart from this analysis they also differentiate between subcutaneous fat and visceral one and do so by measuring the waist circumference. This is important due to the fact that it has been shown that low hip fat may protect against certain diseases but the presence of visceral fat is known to increase the risk of developing type 2 diabetes.

Obesity was, up until recently, believed to be only due to positive imbalance of the calories consumed/calories burned that has resulted from the increase in calorie consumption and the lack of exercise to burn such calories due to the extension of the sedentary lifestyle all over the world.

But nowadays we know that it is in truth the result of the interaction of many different kinds of circumstances such as genetic, environment, genotype among others.

Apart from the causes of obesity other facts have also been made apparent such as the fact that not everybody stores fat in the same way, as it has been shown that for example some people may have less accumulation of fat, but this could be mostly visceral fat which makes it so that even if they have less fat overall they could be more exposed to the different risks associated with this disease.

The heterogeneity with which we experience the different dimensions of this disease makes it so that many refer to obesities instead of obesity to show how different it can be from one person to another and as such how hard it can be to treat depending on the case as well as how not all approaches could serve for all kinds of obesities.