One of the most common misconceptions we can find about fasting is that fasting makes you feel less energetic and active, and that as such it would be a bad idea if you want to do any kind of productive work.

Let’s explain how your body actually works when you start fasting.

To start we will address the assumption that fasting makes you feel groggy, this notion could come from the fact when you start a diet with a caloric restriction (less energy if you keep on consuming the same kind of foods but in less quantities) you start to feel less energetic.

While this is true for caloric restriction diets, it doesn’t apply to fasting, and to understand why it applies in one situation but not the other we need to understand what is the basal metabolic rate. 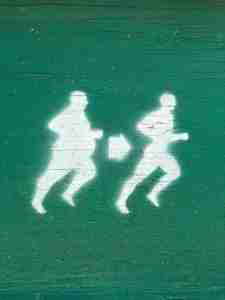 Photo by Renee Fisher on Unsplash

The basal metabolic rate or BMR is defined as the energy you have to expend in the different processes that are needed to keep you alive and functional, such as breathing, the beating of the heart and other such physiological phenomena, at rest.

The interesting part about the BMR is that it isn’t a constant measure, but rather something that can fluctuate depending on the number of calories ingested and not only can it fluctuate, depending on whether you overeat or restrict your diet go up to 40% more to up to 40% less respectively.

Now that we know what the BMR is and that it can fluctuate, you may be asking ”Why should I care about this thing and whether it changes?”, and the answer is that this decrease in the BMR when you start a caloric restriction is the one responsible for the lack of energy.

Evolution has made it such that we have become adapted to reduce our BMR whenever we detect a lack of calories as a way of conserving energy, since believe it or not the processes that are taken into account in the BMR are the ones that use most of the energy we obtain and so in a situation of caloric restriction it sounds reasonable to reduce the energy expenditure in this processes, and this is also the reason why caloric restriction diets don’t work as well as you would expect.

The body adapts to the reduction of energy intake by reducing expenditure and with it you lose the effects you would expect and once you return to your usual diet it could also mean an increase in weight until your BMR goes up, but the problem isn’t only that, but also the fact that this reduction in BMR is followed by feelings of grogginess and lack of energy. 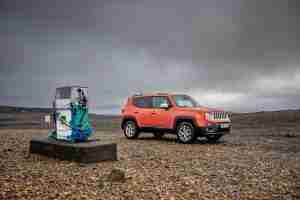 Photo by Daniele Buso on Unsplash

And I will answer that but before we get to it we have to start by tearing up a statement which is : ”We need to eat in order to feel energetic”.

This notion comes from the fact that if our body works by burning the energy found in the food we eat, then if we don’t eat we could think that we would end up like a car running on fumes and that only by ingesting more food could we fill the tank fuel to keep going.

Although this sounds logical, the thing is that we aren’t cars and in this case the difference between us and cars that we have to focus on is the fact that a car only has whatever you put in the fuel tank to keep it going, but that isn’t our case.

Since we have something that stores all the excess energy we obtain in meals and that we can use as an energy source, and those are the fats.The fact that we have fats means that even if we don’t eat anything we can have a steady access to energy to keep us going

Why fasting doesn’t make you go into ”starvation mode”? 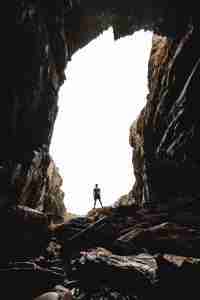 Photo by Mario Álvarez on Unsplash

Okay okay, now you are surely thinking “Sure we aren’t like a car and we have fat but that still doesn’t answer why we won’t feel tired while  we fast” and now we will see different answers for this, starting with a more intuitive one and then going to a more in depth one.

To explain the intuitive answer lets use an example, lets say you are one of our ancestors and that you live mostly as a hunter/gatherer. It has been a while since you last ate anything and you start feeling quite hungry, in this scenario your body could take 2 different paths, lets call them A and B.

In the case of path A your body decreases the rate of its metabolism, this could seem like a great idea and depending on the situation since it would mean that by decreasing your BMR(here is why we explained this at first), you would expend less energy and that also means that you would save up more energy, this in the case of caloric restriction would be a pretty good idea since you would be sure to get some calories even if they were less than before.

The problem is that this decrease in BMR also means a decrease in your energy levels and alertness meaning that you would be less vigilant and this in turn means that you could end up missing chances to hunt or to gather because of a lack of cognitive agility.

And this could in the long run make you die a slow death due to the fact that although you spend less energy with a lower BMR you are still spending it and so you have a time limit. In one of the worst cases you could mistake a poisonous plant for an edible one due to lack of a sharp mind.

Now , in the case of following path B, which is the one that actually happens, instead of slowing your metabolism you ”rev it up” to stay sharp and alert and while it could be seen as a bad idea at first as you would spend more energy, in truth this course of action is better when you don’t really know when you will have your next chance to it so that you can capitalize on any opportunity you find.

2) Why I explained BMR

Once you start fasting that means that your caloric intake goes to 0 meaning that you obtain 0 energy and as we saw the BMR usually follows the trends of your energy intake, but of course, it can’t go to 0 since that would mean giving up on all the different processes that keep you alive and as such you would die.

So that means that your BMR always has to be above a threshold to keep you going and the way it does this is by switching from a metabolism based on glucose of which we have a very limited store to the fats.

While you could think of glucose as the same as the fuel a car uses, and as such as something that has to be supplemented every so often, the fats are what make us different from the cars since they give us a chance to sustain ourselves on the long run without constant ingestion of food.

Once your body has  been fasting long enough something like a switch goes on and  it stops using carbohydrates as a source of energy(mainly glucose) and starts using the fats stored in your body.

And it is through the use of this fats that it can keep the BMR and not only that but also accelerate the metabolism, since once you switch to using mainly fats you discover that you have a wealth of resources to use energy and this gives you the opportunity to stay sharp even after not eating for a long time and as such to make the most of all the chances to obtain aliments.

One of the ways in which your body makes this switch and keeps itself going strong is by the secretion of the human growth hormone(HGH). In a longer article explain how this works thanks to gluconeogenesis and how the fats aren’t exactly what we use for energy.

Teaser about the human growth hormone:

The secretion of this hormone is known to be suppressed by the ingestion of food among others and  is one of the hormones  in charge of providing the chance to switch to fats as a source of energy since it is secreted when we fast for long enough and it induces the use of fats as well as the activation of the metabolism, and a lack of this hormone is known to be one of the reasons that induce aging as a lack of it produces an increase in fat storage, and a loss in lean mass(muscle and bones) among other effects.