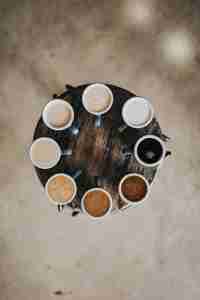 Photo by Nathan Dumlao on Unsplash

We all know about coffee, whether we like it or hate this beverage has been with most of us since our birth, be it  directly due to its consumption in our households or due to media coverage.

The consumption of coffee originated in northeast Africa and from there it has extended all over the world, and now there is no movie or series in which the none of the characters consume it. Coffee has made its way into our breakfasts and in many places it has become staple to drink it in social gatherings, so much so, that many of has have made it a custom to drink coffee after a meal or in the middle of the afternoon. The success of this drink comes mostly due to its effect in helping keep the drowsiness at bay which makes it an ideal companion in this age where almost everybody we see is fighting sleepiness, be it due to lack of sleep (it’s addition to breakfast) or the common drowsiness that goes in hand with finishing a meal (the growing custom of taking it during the afternoon). And due to how fast it acts, since in most cases we can start noticing the effects only 20 minutes after drinking it which make it really useful. This effect of coffee is due mostly to one of its components, caffeine.

Caffeine is a molecule that binds in an antagonistic way to the adenosine receptor. What this means is that the caffeine in coffee acts in a way that makes it so that the molecules that usually bind to this receptor are incapable of binding successfully which is what makes it so that we stop feeling as tired.

Although moderate consumption coffee( 2 or 3 cups of coffee a day1) has been shown to produce no adverse effects in health in most  healthy adults. There are also studies that link the excess of caffeine intake with spontaneous abortion or impaired fetal growth2 reasons for which it is usually recommended to control the intake of coffee during pregnancy. Its possible adverse effects aren’t linked only to the most early developmental stages, but also to those a little bit latter, as it has been shown that it’s intake can affect children2 by increasing behaviours such as anxiety and nervousness, which has made it so that most associations recommend the limitation of its intake in children. There have also been articles showing that coffee intake could produce an increase in total cholesterol and low density lipoprotein cholesterol in serum due to its high quantity of diterpens, but it has also been shown that simple by using filters when brewing coffee we can highly reduce the increase in cholesterol levels3. Some articles have also correlated the intake of coffee with cardiovascular alterations such as tachycardia, high blood pressure, and arrythmia4. Although due to this many doctors wouldn’t recommend the intake of coffee to patients, it has to be noted that many of this effects only happen just after intake in normal healthy adults and it is only in susceptible individuals where it could have more severe effects. The last one of the disadvantages of coffee we are going to comment is how it has been seen that it’s intake may impair the absorption of Ca 2+ and vitamin D  which is why they recommend the reduction of coffee intake in those in risk of or who present osteoporosis2. In relation to this it has been seen that keeping the intake of coffee to between 2 or 3 cups a day may reduce the risk of osteoporosis. Now that we know of the possible adverse effects of coffee, we will proceed to its advantages.

Many studies have shown that the intake of coffee in moderation not only has no adverse effects but it may also offer health benefits5, mainly related to the prevention of many chronic diseases. It’s long term consumption is associated with a reduction of the risk of diabetes type 21 in adults, as well as a reduction of liver damage5. Coffee consumption is also inversely related to the reduction of the risk of Parkinson6 and Alzheimer7 in those who consume coffee in a regular way. An interesting fact is that it has been shown that people who drink coffee in an irregular way  may develop slight hypertension while those who drink moderate levels of coffee in a regular way shows no such tendency. Now that we have had a chance to take a look at both sides of the coin, we can see that although coffee may have some adverse effects, this are mostly related to those in specially susceptible states and/or linked to excess consumption of this beverage. And also that it’s intake in a moderate way may prove to be beneficial in many ways for healthy adults.   Reference: