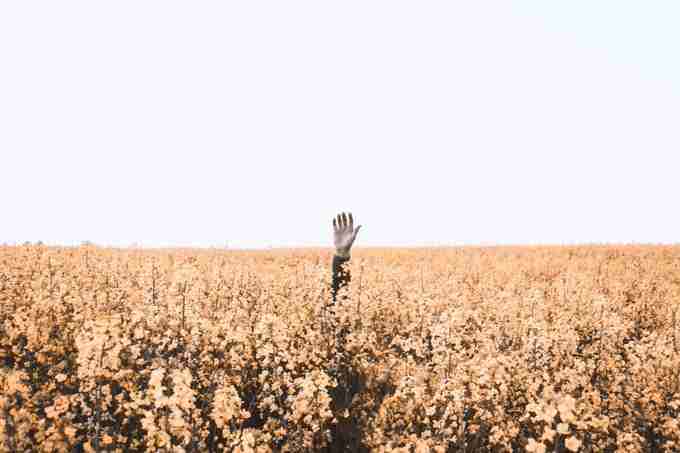 Objectivity as we know it is usually defined as being able to make a judgment or coming to a certain conclusion while getting rid of any possible bias.

Meaning that we usually say we are objective when we know which could be the things that affect our decision making and making up for them so that their effect is the least possible.

The problem with is that we can try to get rid of thoughts that make us less because we can notice them with some introspection. But it is extremely hard when we don’t even know which thoughts could affect us and even less when the effect comes from the outside.

Think of that time when you where rushing for an interview because you were late and someone asked you about directions. In this scenario most of us would be more likely to apologize and continue with their rush, while if you weren’t in a rush you may have stopped and helped the person.

While in this case you could think it was unavoidable that you couldn’t stop, it is still a great example of how the environment could affect our decisions. In this example the external factors are quite clear, you were late and you had to rush, but many times the effects could be way less obvious. And so the question is

”Are we really as objective as we think we are?”

More than a decade ago researchers published a study where they tried to see how holding a cup of warm or iced coffee affected the impression that participants get of the researchers.

At first glance we could imagine that the effect this would have would be almost nonexistent ”How could holding a cup of cold coffee affect what I think of another person?” but the truth is that this study showed there was a significant difference*.

After the participants were told to choose among adjectives for a person, and the study showed that there was a significant difference in how they rated the personality of that person. Those that held the warm coffee showed a higher proclivity towards rating the person as warm.

This showed that even something as mundane as holding a hot or cold beverage can actually change the perception we have of someone. And so the question is, ”can we really say that we are objective?”

One could think that maybe the reason for getting these results isn’t only due to the temperature of the drink, but that maybe it was related to the researchers.

We could think that maybe knowing what they wanted to prove, the researchers would be more energetic or ”warm” when giving the cup. This could certainly be true if they were really sure of the result that ”should” come out of the experiment they might have subconsciously smiled more when giving the warm cup. Since this could be one possible confounding factors what they did was not tell what they were expecting to the researcher holding the cups in order to reduce this risk.

But then comes another problem, which is, if the warmth of the cup really affects us in a subconscious way, wouldn’t it also affect the researchers even if they weren’t told what to expect of the experiment.

Wouldn’t they themselves be subject to the warmth of the cup and as such create a ripple effect that amplifies a tiny difference?

The objective of this article wasn’t so much showing that warmth of a beverage has an effect on how we see others and how we classify them, but rather to show how hard it is to actually be completely objective.

That maybe there is no such a thing as being objective, but rather that we should just try to reduce any possible bias we could think while always keeping in mind that there may be others lurking below the surface.

It is not anything bad to make the ” conclusion”, but we should always take into account that we may not be seeing everything there is behind this decision and as such we should try to reconsider our decision as much as possible as we learn more.

*Whenever we say significant it means that it is highly unlikely to get this degree of difference by chance.