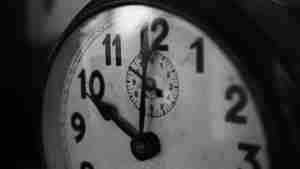 Photo by Tristan Colangelo on Unsplash

Hunger is, different from what many of us could imagine, partly a learned phenomena. Think for example of how many of us don’t feel hungry the moment we wake up, and how this changes once we start seeing cues that remind us of breakfast. Or how even though  not much time has passed since our last meal, we start feeling ”hungry” as lunchtime  and dinnertime arrive.

It isn’t only because too long has passed since our last meal, but rather that as in the example of Pavlov’s dog, we have developed a habit of eating whenever we receive certain signals. This signals could be as simple as seeing the time on the phone or  hearing the word meal.

This fact is really interesting   because we don’t only link these signals to eating but also to the activities that come with eating, since in our modern world, many times eating isn’t only about the meal.

How eating isn’t all about hunger

The cephalic response is defined as the process by which a certain expectation for an input induces changes at the physiological level.

In the case of hunger these cues induce an expectation of food, and with it physiological changes such as salivation, or the secretion of substances such as bile ( helps in the processing of fats). This expectation in turn helps synchronize the gut response and the incoming food.

Eating has become a ritual in which we socialize, nowadays, eating isn’t as much about filling your stomach as it is a social construct in order to give ourselves a time to unwind and forget about our tiring day to day.

This in turn means that, in the same way as Pavlov’s dog, the hunger we feel isn’t only triggered by the need to eat but also by the ”good” memories associated with the ritual of eating.

And as seen in the book ”The power of Habit”, the repetition of a certain pattern enough times can mould our response to it, which explains why how even though many of us wouldn’t feel hungry during breakfast as a child, as time passed, we started molding our response until now breakfast has almost become a need.