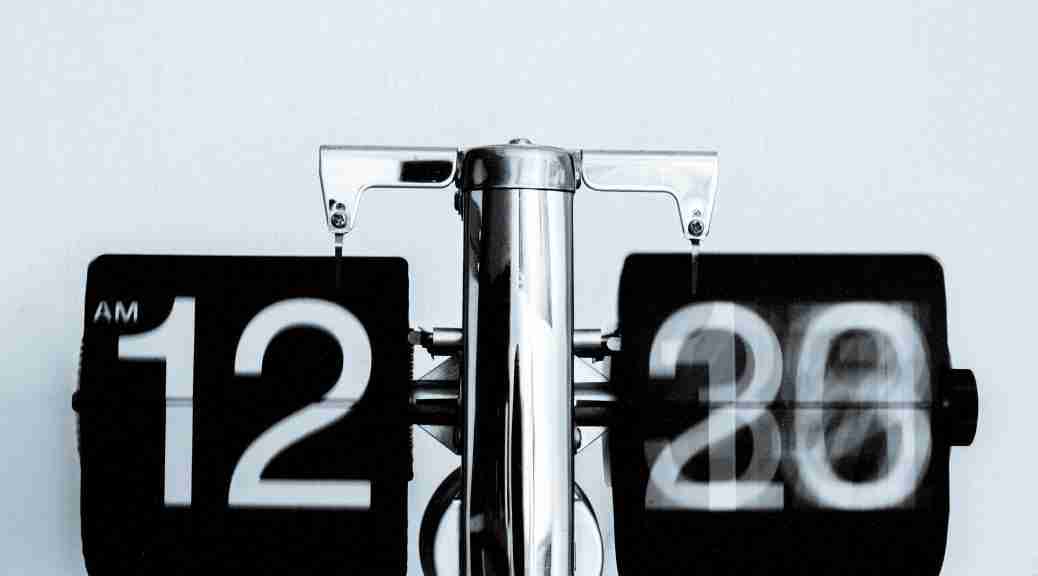 Many of us may have intuitively noticed how we are better at some tasks than others depending on the time of the day.

For example, you may be better at tasks that require focus early in the morning or it could be the other way around and it isn’t only after noon that you are able to focus.

We may have though that this patterns are specific to us or we may have never given it much thought at all chalking it up to coincidences, but the fact is that this difference in our efficiency for tasks isn’t only a part of our  imagination.

Such as being hopeful or engaged, or they can show the opposite kind of mindset, being more negative.

The patterns they observed in their studies show how mood climbs early in the morning and decreased, becoming more negative as the day advanced, only to increase once again during the evening.1

This patterns are related to the concept of biological clock. 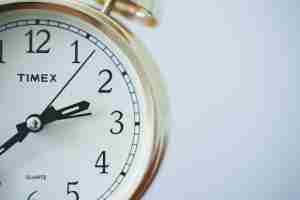 Photo by Sonja Langford on Unsplash

In the same way as we use a watch to keep track of time and know when we are supposed to do certain activities, our body also has its very own clock, the circadian clock.

The circadian clock could be defined as »biochemical oscillator that cycles with a stable phase and enables  synchronization with solar time».

What this means, is that the circadian clock is what is in charge of keeping us in tune with the time of the day and adjust to the changes.

This endogenous clock completes a »cycle» every 24h, and this timeframe implies that every 24h we do somewhat of a reset.

The part in charge of controlling this so called cycle is a region of the hypothalamus called suprachiasmatic nucleus.

This region of the brain regulates a plethora of processes and it is in part responsible for being able to wake up in the morning and sleep during the night.

This region uses not only biochemical signals but also environmental cues, such as daylight or more social ones  like for example working schedules. 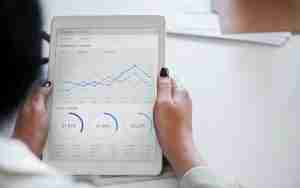 Photo by rawpixel on Unsplash

As we commented on the introduction, our moods follow a pattern. This pattern show two peaks, one in the morning which and one in the evening, both associated with the »best mood». And in the middle of this two we find a minimum in mood, starting mostly on midday.

The interesting part of this phenomena is that once we know that there is a predictable pattern depending on the time of the day, we can make use of this patterns to make the most of our interactions.

Say for example you want to make a call for an interview or that you work in a sales team and you wonder when would be the best time to approach your clients.

Then maybe, you could be wondering about whether there is an actual difference depending on the time of the day for this cases.

The fact is that there is a difference.

Many studies have shown that mornings are the best time for this endeavours, and that as time progresses and the moods get worse, the negativity increases and so does the likelihood of your endeavours failing. 2

Some even go so far as to give practical advice, «An important takeaway from our study for corporate executives is that communications with investors, and probably other critical managerial decisions and negotiations, should be conducted early in the day»

The morning period isn’t only good due to the increase in positive feelings, but also because of how it affects focus.

It has been shown that for most people, not all for reasons we will see later, the mornings are a good time to do tasks that require analysis and concentration.

To illustrate this let us explain the so called »Linda Problem».

»Linda is 31 years old, single, outspoken, and very bright. She majored in philosophy. As a student, she was deeply concerned with issues of discrimination and social justice, and also participated in anti-nuclear demonstrations.»

Which is more likely?

Many people would answer b.

But if you think about it, b depends on the fact that she is a bank teller, and only if she is would it be possible for her to also be in the feminist movement.

This is thought to happen due to the use of representativeness, which means that we give more weight to some facts that of the description and this makes us lose sight of which is more likely.

The thing is, that finding the answer to this kind of problems doesn’t depend only on the person, but also on the timing of the question.

Studies have shown 4 that people were more likely to get it right if they were asked in the morning compared to being asked during midday or the afternoon.

The mornings are the best time for adults to perform at tasks that require analytical thinking but do not require creativity.

This peak in analytic performance climbs until midday, time at which it start declining.

This means that depending on the time of the day our brain could be better at some kinds of problems than at others.

And you could be thinking:

Does it mean that I would be at my best only during the morning and the rest would be a gradual decline until nothing?

The answer is no. Mainly because of two facts,