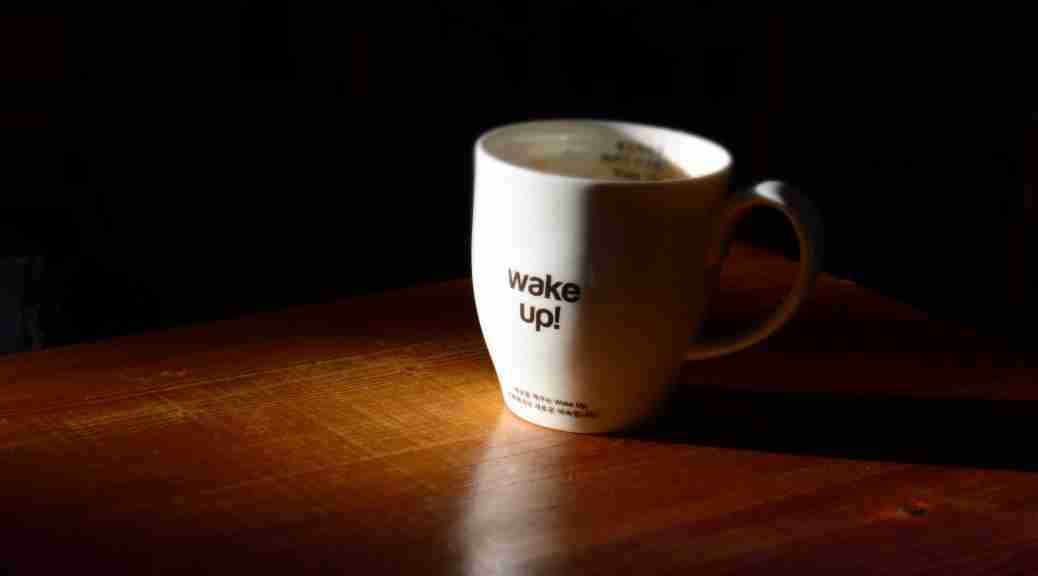 I woke up as every morning to the sound of the alarm and got up to get ready to go to work.
The night wasn’t the best, I had to wake up twice during the night but it was the usual so I could deal with it. I could even think that it was a rather good night of sleep since I got more than 7h and I felt kind of refreshed when I woke up.
So overall not a bad way to start the day, I had a bit more of energy and even a little spring to my first step. Or so I though, because just after getting up they started.

Those thoughts that you get telling you how lazy you are and how you should have gotten up earlier to be productive and make use of the morning. Those thoughts that tell you how useless you are because you are behind in schedule for something that doesn’t even have a schedule. Or those that remind you of how you screwed up that one time when you were five.

I thought that these kind of thoughts were something that only I had. I even came to accept them as a part of my daily life. Just that douchy inner voice once again, nothing to fret about. But this wasn’t the case.

You are not alone

As I started getting more and more into the world of self development I started seeing that I wasn’t the only one that had to deal with that annoying little voice inside my head.

There are many people like us who every morning get up in a kind of good mood but see how it starts crumbling as that voice resounds and with it comes goes what little motivation you had. While I had chosen to accept it and remain a ‘’victim’’ of my own little mind, the fact is that you can actually face it and change it.

That voice comes from inside you and youcan chose what it says or at least make it shut up (both work wonders actually, since just getting it to shut up can propel you out of the spiral of negativity).

You can silence that voice

While knowing that I could actually do it is cool and all, the next thing I thought was, okay, but how? And so I went into a little tour through the garden of self-development, and here is what I found. How can you silence the voice?

Not that new actually but meditation really helps. I know that many of you already know it, and have heard it enough to be tired of it, and so did I. But the thing is that it actually works.

If when you wake up the first thing you do is a little session of meditation, you can actually notice whenever you get one of those thoughts and just by noticing the though it loses part of its effect on you, AND I can tell you that the effect is damn huge when you can notice when you start that little spiral.

An app that has been really useful for me in this sense is the Waking Up app by Sam Harris. I tried a few but the only one that went with the idea that whenever you meditate you should try to notice that you are thinking. If you notice the though you can get rid of it and I just kind of liked that approach.

The cool thing is that, you don’t really have to meditate every day. I mean if you can that’s awesome, but personally I still have trouble sticking to it on a daily basis (you know, the excuses a procrastinator can come up with are quite numerous). Even if I don’t use it every day I still started getting some effect from using it, so even for those of us who are prone to procrastinating can get something out of it.

The second and quite usual ‘’technique’’ is just doing a bit of exercise. Actually I wanted to do this for quite some time, but man is it hard, there are always so many excuses I can use, but now that I actually forced myself to start doing it, it actually works, like just with 10 minutes of exercise (you can get any app that gives you a 10 minute routine) I went from a grumpy youngman, to a not so grumpy youngman. Not a big change, but now I actually feel like saying good morning to random people so its actually quite good for me.

And the last and actually the one I have been using the longest, which is actually getting enough sleep. Many studies show that getting less than 7h of sleep is really really bad for your health, like in some pretty nasty ways, if you want to freak out take a look at the book Why we sleep by Matthew Walker. Bad pun incoming. If you value your health you’ll get nightmares when you read it.

Okay, but like for real, if you don’t get enough sleep it’s pretty hard to keep a good mood. Because instead of starting with a good mood, and trying to keep it a a close level, you have to fight yourself to try to improve it and from experience it is damn hard to do. At least I struggled quite a bit with it.

Oh, and just because I am in a good mood, one more tip, get some vegetables for breakfast. I know I know, doesn’t sound too appetizing, but it really works. It helps me feel more awake than getting coffee or tea. Just getting a simple juice with kale, spinach, carrots, kiwi, bananas, and orange juice can get me from being a zombie to being a ghoul. Still feeling dead if you only get the juice, but at least you feel more awake and nimble, so that’s something.

And here are my tips for fighting you pain in the ass of an inner voice. Get some sleep, mediate and get some exercise and if you can eat vegetables. All of it kind of common sense, but I’ll be the first one to say that even if I knew it, I always tried to skip it and regretted it (funny how that voice gets worse if you don’t face it huh).

Thank you for reading, and if you liked this article please visit my webpage Thetowerofscience.com, to find more articles on different topics.